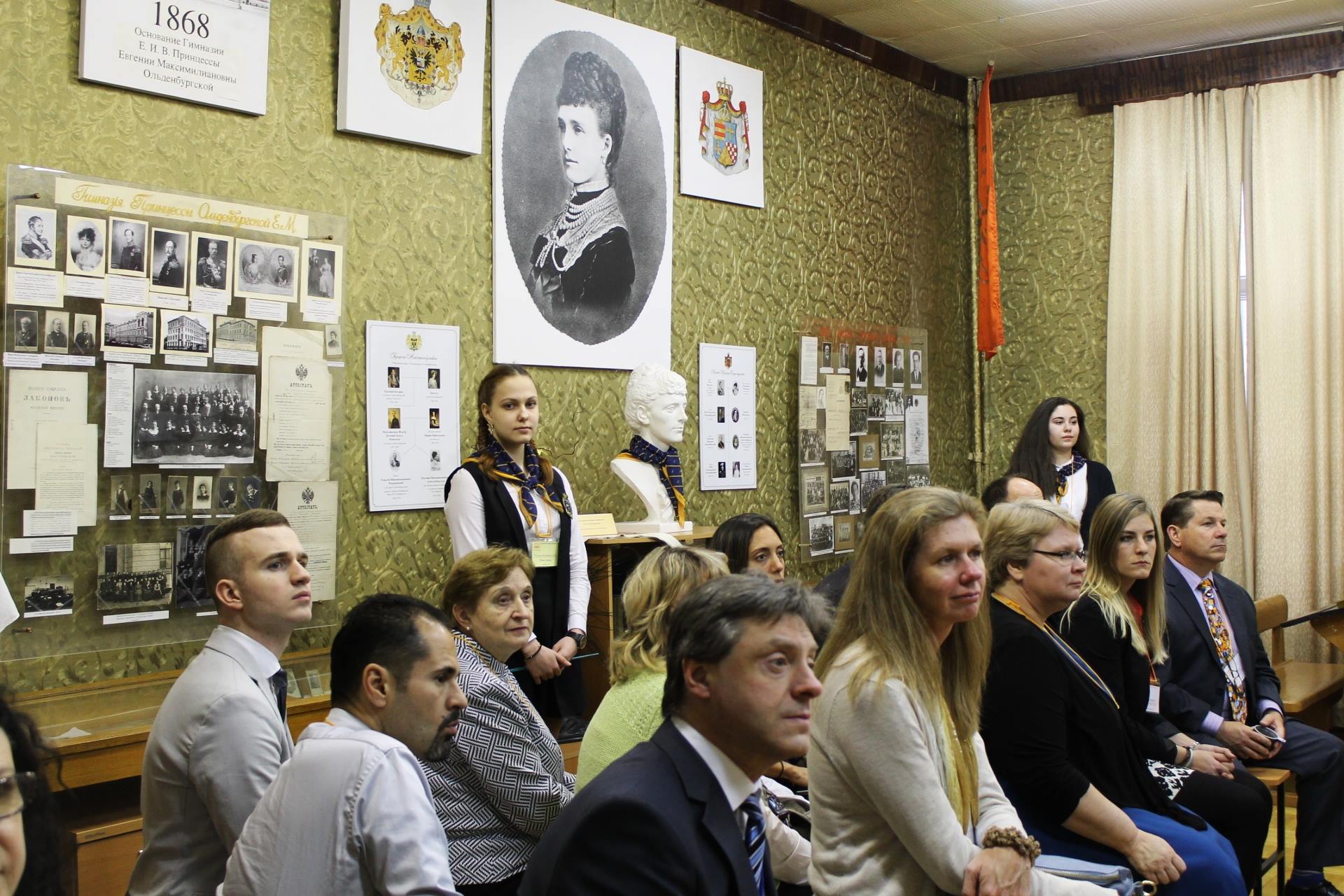 Gymnasium #157 named after Princess of Oldenburg

The history of the gymnasium dates back to 1868. It bears the name of its patroness Princess Eugenia of Oldenburg, Granddaughter of the Russian Emperor Nicolas I and the French Emperor Napoleon I. The gymnasium was established as an educational institution for girls.

After the revolution (1917) it was reformed into the Soviet Labor School. In 1940 it got the number 157. In 1999 its historic name «The Gymnasium of Princess Oldenburg» was restored. The history gymnasium is closely connected with a heroic history of St. Petersburg. 39 teachers 49 students were awarded with medals for heroism during 900-day siege of Leningrad (1941 — 1944).

The school museum provides a great opportunity for learning school history and offers guiding tours in Russian, English and German. The museum was opened in May 1996 and now it contains more than 500 exhibits: documents, objects of everyday life and photos.

The staff of the school numbers 54 teachers. 565 students from 7 to 17 study in Gymnasium.

The curriculum of the Gymnasium is now focused on humanitarian subjects with intensive learning of English.